The tuba of the trombones

For his operas Otello, Falstaff or Sacri Pezzi, Giuseppe Verdi wanted a deep brass sound that was ideal for his taste. He described this ideal sound as follows: “I want a bass instrument that sounds as melodious as the trombone, but not as musty as the tuba”. With the exception of the sound, the HAAG Cimbasso no longer has much in common with the instruments from back then. It is now a masterpiece not only in terms of sound, but also in terms of construction. It is an instrument with five Bosc rotary valves, which are specially built for HAAG only, and they also have a specially developed leadpipe. This as well as the incomparably stable intonation set this cimbasso apart from all others. 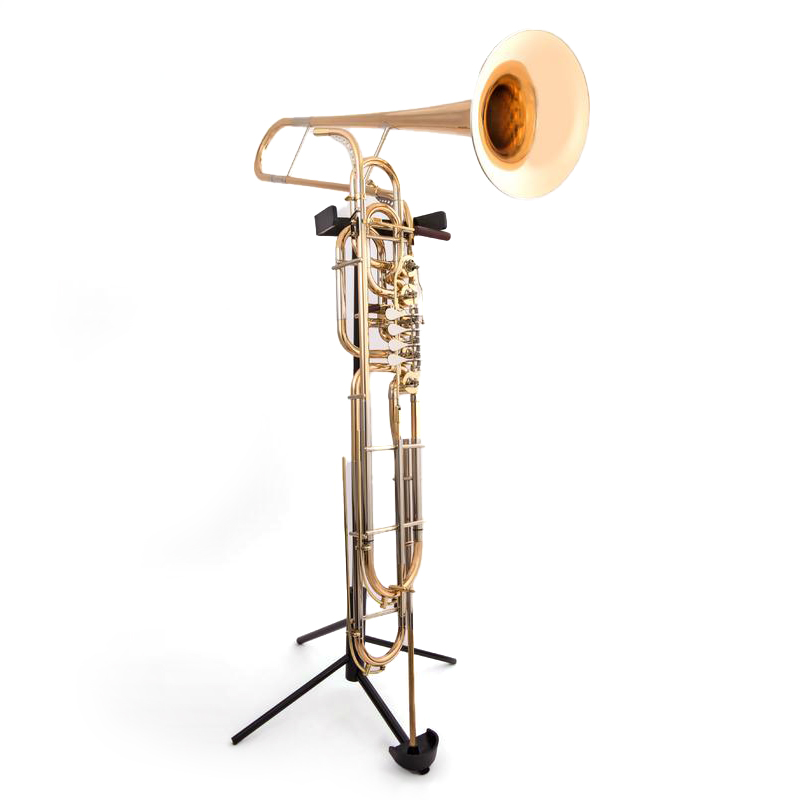